The Army Inside Man: The Immune System 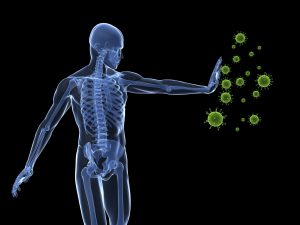 The story of the formation of the immunity system is never taken up by any evolutionist writer.

The Army Inside Man: The Immune System

Every day, a war is fought in the innermost parts of your body unperceived by you. On the one side are viruses and bacteria that aim to intrude into your body and take it under control and on the other are the immunity cells that protect the body against these enemies.

The enemies wait in an offensive state to make their way into the area they aim at and they head towards the target area at the first opportunity. However, the strong, organized and disciplined soldiers of the target area do not easily give in to the enemies.

First, the soldiers who swallow and neutralize the enemy soldiers (phagocytes) arrive at the battleground. However, sometimes the fight is tougher than these soldiers can handle. On such occasions, other soldiers (macrophages) are summoned up. Their involvement causes alarm in the target area and other soldiers (helper T cells) are also called to battle.

These soldiers are very familiar with the local populace. They quickly distinguish their own army from that of the enemy. They immediately activate the soldiers assigned to weapon production (B cells). These soldiers have extraordinary abilities. Although they never see the enemy, they can produce weapons which will render the enemy ineffectual. In addition, they carry the weapons they produce as far as they should be taken. During this journey, they succeed in the difficult task of not causing any harm either to themselves or to their allies.

Later, the striker teams cut in (killer T cells). These discharge the poisonous material they carry on themselves at the most vital spot of the enemy. In case of victory, another group of soldiers arrives at the battleground (suppressor T cells) and sends all the warriors back to their camp. The soldiers who arrive at the battleground last (memory cells) record all relevant information about the enemy, so that it can be used in the event of a similar invasion in the future.

The excellent army discussed above is the immunity system in the human body. Everything explained above is done by microscopic cells unobservable to the naked eye.

How many people are aware that they have such an organized, disciplined and perfect army inside their bodies? How many of them are aware that they are surrounded on all sides by microbes that, if unimpeded, would cause them to catch serious illnesses or even die? Indeed, there are many dangerous microbes in the air we breathe, the water we drink, the food we eat, and the surfaces we touch. While one is unaware of all that is going on, the cells in one’s body make strenuous efforts to save one from an illness that may even bring about one’s death.

The ability of all immunity cells to distinguish enemy cells from body cells, the ability of B cells to prepare a weapon to neutralise the enemy that they have never seen, their ability to carry these weapons as far as they have to be taken without adversely affecting anybody cells, the signal-receiving cells’ fulfilling their duty completely without making any objections, each of them knowing what to do, their return to their places without any problem as soon as they are finished with their work, and the abilities of the memory cells are only some of the distinctive characteristics of this system.

For all these reasons, the story of the formation of the immunity system is never taken up by any evolutionist writer.

It is extremely difficult for a person without an immune system or with an ill-functioning one to survive, since he would be exposed to all the microbes and viruses in the outside world. Today, such people can exist only in special enclosures with no direct contact with anyone or anything outside. Therefore, it is impossible for a person without an immune system to survive in a primitive environment. This leads us to the conclusion that an extremely complex system such as the immune system could only have been created all at once and with all of its elements intact.