The Impact of Belief in God on Scientists 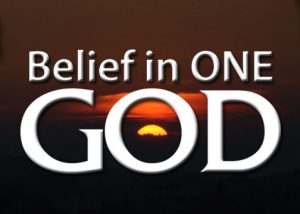 A man of faith becomes greatly enthralled and inspired to conduct scientific studies to uncover the mysteries of the universe.

The Impact of Belief in God on Scientists

As is mentioned elsewhere, religion encourages science, and those who use their reason and follow their conscience in the pursuit of scientific research acquire a strong faith because they apprehend God’s signs at close hand.

They are confronted with a flawless system and a perfect subtlety created by God in every avenue of research they follow, and in every discovery they make. As Prophet Muhammad, God’s Messenger, peace be upon him, said, they act by knowing that “One who goes out to search for knowledge is (devoted) to the cause of God till he returns.”

A scientist conducting research into the eye, for instance, discovers, even upon recognizing its complex system, that it could never have come into being through a gradual process of coincidences. Further examination will lead him to realize that every detail in the structure of the eye is a miraculous creation. He sees that the eye is made up of dozens of components working together in harmony, thus increasing his wonder in God Who created it.

Similarly, a scientist investigating the cosmos will find himself immediately confronted with thousands of remarkable equilibriums. He further gains a great thirst for knowledge upon discovering that billions of galaxies, and billions of stars within these galaxies, continue to exist in a grand harmony, in a vastness of space that has no limits.

As such, a man of faith becomes greatly enthralled and inspired to conduct scientific studies to uncover the mysteries of the universe. In one of his articles, Albert Einstein considered the greatest genius of the previous era, referred to the inspiration scientists derive from religion:

…I maintain that the cosmic religious feeling is the strongest and noblest motive for scientific research. Only those who realize the immense efforts and, above all, the devotion without which pioneer work in theoretical science cannot be achieved are able to grasp the strength of the emotion out of which alone such work, remote as it is from the immediate realities of life, can issue. What a deep conviction of the rationality of the universe and what a yearning to understand were it but a feeble reflection of the mind revealed in this world, Kepler and Newton must have had to enable them to spend years of solitary labor in disentangling the principles of celestial mechanics!

Those whose acquaintance with scientific research is derived chiefly from its practical results easily develop a completely false notion of the mentality of the men who, surrounded by a skeptical world, have shown the way to kindred spirits scattered wide through the world and the centuries. Only one who has devoted his life to similar ends can have a vivid realization of what has inspired these men and given them the strength to remain true to their purpose in spite of countless failures. It is a cosmic religious feeling that gives a man such strength. A contemporary has said, not unjustly, that in this materialistic age of ours the serious workers are the only profoundly religious people.

Johannes Kepler related that he engaged in science to delve the Creator’s works, while Isaac Newton, another great scientist, stated that the main thrust behind his interest in science was his wish to have a better sense and knowledge of God.

These were the remarks of only a few of the most eminent scientists in history. These, and hundreds of other scientists that we will consider in the pages ahead came to believe in the existence of God by exploring the universe, and, impressed by the laws and phenomena God has gloriously created, craved to discover more.

As we will see, the desire to learn the manner in which God created the universe has served as the greatest motivating factor for many scientists in history. That is essentially because someone who perceives that the universe and all living things are created also perceives that this creation has a purpose. Purpose then leads one to meaning. It is the aspiration to grasp this meaning, to uncover its signs, and discover its details, that can greatly expedite scientific studies.

If, however, the fact that the universe and living things are created is denied, this meaning escapes too. A scientist believing in the materialist philosophy and in Darwinism will suppose that the universe is purposeless and that everything is the work of blind chance. Therefore, investigation of the universe and living things would be without a pursuit for meaning. Addressing this fact, Einstein stated, “I have found no better expression than ‘religious’ for confidence in the rational nature of reality, insofar as it is accessible to human reason. Whenever this feeling is absent, science degenerates into uninspired empiricism.”

In such a case, the sole purpose of a scientist would either be to achieve fame through a groundbreaking discovery, to be remembered in history, or to become wealthy. Such aims may easily divert him from his sincerity and scientific integrity. For instance, in the event that a conclusion he had reached through scientific research was in contradiction with the conventional view of the scientific community, he may be forced to keep it as a secret, so as not to be robbed of his fame, or be vilified, or degraded.

The long-held acceptance of the theory of evolution in the scientific world is an example of this type of lack of sincerity. Basically, many scientists, in the face of scientific fact, are aware that the evolutionary theory is far from being able to explain the origin of life, but they cannot state it openly, simply out of the fear of encountering a negative reaction. In that line of thought, British physicist H.S. Lipson makes the following confession:

We now know a great deal more about living matter than Darwin knew. We know how nerves work and I regard each nerve as a masterpiece of electrical engineering. And we have thousands of millions of them in our body… “Design” is the word that springs to mind, on this subject. My biologist colleagues do not like it.

The word “design” is cast aside in the scientific literature merely because it is disliked, with many scientists succumbing to such dogmatism. In addressing the issue, Lipson says:

In fact, evolution became in a sense a scientific religion; almost all scientists have accepted it and many are prepared to ‘bend’ their observations to fit in with it.

This undesirable situation is the result of the deception of “ungodly science” that held sway over the scientific community beginning in the mid of the 19th century. However, as Einstein stated, “science without religion is lame”8. The delusion has not only directed the scientific community towards mistaken goals but has also created scientists who, despite recognizing the error, remain indifferent to it.