Is Creation an Evolutionary Process? 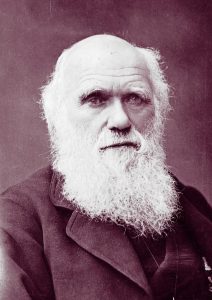 Is Creation an Evolutionary Process?

In recent years, the debate over teaching the account of human creation provided by religious texts has intensified in the U.S. Some Christians insist that schools teach “creationism” side by side with the theory of evolution. Most recently this call has been echoed by several Muslim writers, most notably the prolific Turkish scholar Harun Yahya.

The call for embracing the theory of creationism should be treated with caution. Not only because it would undermine scientific research that aims at exploring metaphysical assertions through scientific methodology, which has for long been embraced and supported by Islamic scholarship, but also because it seems to contradict facts alluded to by the Qur’an itself.

Undoubtedly, no human being has ever had the opportunity to witness the beginning of human life. We are members of a species whose origin is counted by tens – if not hundreds – of thousands of years. The many narratives about the origins of human life can be ultimately subsumed under two grand narratives: creation and evolution. Evolution is widely embraced by natural scientists who attempt to reconstruct the beginning of human life by tracing prehistoric animal life, finding in the shared biological traits of all living creatures evidence of common ancestry and common evolution. Human life, they claim, evolved from the general animal life through a process of “natural selection”.

The followers of monotheistic religions, however, share a grand narrative that places the beginning of human life with the creation of the first masculine human being, Adam, along with his feminine spouse. The Qur’an describes human creation by narrating an exchange between God and the angles:

Behold, your Lord said to the angels: “I am about to create man from clay: When I have fashioned him (in due proportion) and breathed into him of My Spirit, fall down unto him.” (Saad 38:71-2)

Another Qur’anic verse provides a similar but a more elaborate account. It describes that the clay from which the human body was shaped went through organic transformation that it turned into smelly and darkened clay:

Behold! Your Lord said to the angels: “I am about to create man, from dark malodorous clay, from mud molded into shape; “When I have fashioned him (in due proportion) and breathed into him of My Spirit, fall you down [in prostration] unto him.” (Al-Hijr 15: 28-29)

The human being, according to the Qur’an, is made of earthly matter mixed with water, and left for a while until it went through a process of transformation. This clay had already gone through a transformation to become a malodorous and dark substance, thereby suggesting an organic process. This transformed clay was then molded into the human shape, and into which the Divine breathed a spirit derived from His own.

The Qur’an is silent as to the nature of the process through which the human body took its final shape. Was the human body created instantaneously, or did it go through an evolutionary process? What is clear, though, is that the Qur’an places the question of the origin of life within the realm of natural observation rather than theoretical reflection. Thus, investigating human creation belongs to scientific observation and not to theology.

Say: Travel through the earth and see how God did originate creation; so will God produce a later creation: for God has power over all things. (Al-`Ankabut 29:20)

Yet the Qur’an describes in so many different ways human creation as an elaborate and phased process, whereby the human being goes through various phases before it evolves into the human shape. The above verses of Chap. 15 refer to a process of “molding into shape” or taswiyah that culminates in the human creation. In Chapter 7, the Qur’an refers to the two phases of human creation: the act of creation and the process of shaping:

It is We who created you then gave you shape; then We bade the angels bow down to Adam, and they bowed down; not so Iblis (Lucifer); he refused to be of those who bow down. (Al-`Araaf 7:11)

Indeed, the Qur’an describes human life as an ever evolving through distinct stages, taking different forms, beginning with the most primordial stage of earthly matter, the dust, through various stages in the mother’s womb, through the various stages of development from infancy, to full adulthood, to senility for those who reach the very advanced age, ending with death.

O mankind! If you have a doubt about the Resurrection, (consider) that We created you out of dust, then out of sperm, then out of a leech-like clot, then out of a morsel of flesh, partly formed and partly unformed, in order that We may manifest (Our Power) to you; and We cause whom We will to rest in the wombs for an appointed term, then do We bring you out as babies, then (foster you) that you may reach your age of full strength; and some of you are called to die, and some are sent back to the feeblest old age, so that they know nothing after having known (much). And (further), you see the earth barren and lifeless, but when We pour down rain on it, it is stirred (to life), it swells, and it puts forth every kind of beautiful growth in pairs. (Al-Hajj 22:5)

In this account, one sees a clear allusion to an evolutionary process of creation, in which life starts with dust, and then evolves into a single cell (sperm) that multiply to form a clot (‘alaqah) that grows into bone and finally to flesh. While the process that referred to here mainly describes the growth of the fetus in the mother’s womb, the Qur’an starts its description of the fetus’s growth by referring to the earthly dust, thereby suggesting a comparable evolutionary process that was part of the act of creation of the first human being. This suggestion is further enforced by the conclusion of the verse, where the Qur’an invokes the ever observable process of rejuvenation of vegetation in the desert during the annual rain season. The return of life to an apparently lifeless desert after receiving heavy rain is gradual and relatively slow process associated with the growth of vegetation.

While the Qur’an describes a purposive act of creation of human beings, it does not exclude an evolutionary biological process leading to the completion and physical maturation of the human being. What sets human and animal lives apart, according to the Qur’an, is not primarily the biological development of the human body, but the moral, intellectual, and spiritual capacity of the human spirit. Human life enjoys dignity that is unique to human being, dignity that is rooted in human spirituality, not biology.

The debate over creation and evolution is lively one. While Muslims may question an account of evolution that is used to propagate a purposeless process of creation, it should not close the mind to scientific methods that look at natural evidence to figure out the natural dimension of human existence.

Dr. Louay Safi is executive director with the Islamic Society of North America (ISNA). He writes and lectures on issues relating to Islam and the West, democracy, human rights, leadership, and world peace. His commentaries are available at louaysafi.com.