It is a Mistake to Think Charles Darwin was Religious 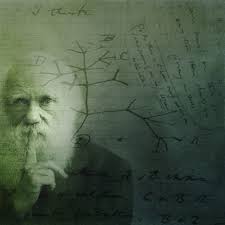 In fact, atheists have supported Darwin for the last 150 years and irreligious ideologies have backed Darwinism precisely because of his atheism.

A large part of those religious people who support the theory of evolution suggests that Charles Darwin was religious. However, they are definitely mistaken, for during his life Darwin revealed his negative views of God and religion.

Darwin did believe in God during his youth, but his belief gradually faded and was replaced by atheism during middle age. However, he did not publicize this fact, for he did not want to attract any opposition from his devout wife in particular, as well as from his close relatives and the religious establishment. In her book Darwin and the Darwinian Revolution, Darwinist historian Gertrude Himmelfarb writes: “The full extent of Darwin’s disbelief, therefore, can be seen neither in his published work nor even in his published autobiography, but only in the original version of that autobiography.” Her book also reveals that when Darwin’s son Francis was about to publish his The Life and Letters of Charles Darwin, Darwin’s wife Emma fiercely opposed the project and did not want to give her permission, fearing that the letters might give rise to a scandal after his death. Emma warned her son to take out those sections that made open references to atheism. The entire family feared that such statements would damage Darwin’s prestige.

According to biologist Ernst Mayr, a founder of neo-Darwinism; “It is apparent that Darwin lost his faith in the years 1836-39, much of it clearly prior to the reading of Malthus. In order not to hurt the feelings of his friends and of his wife, Darwin often used deistic language in his publications, but much in his Notebooks indicates that by this time he had become a ‘materialist.'”

Darwin always bore his family’s reactions in mind, and throughout his life carefully concealed his ideas on religion. He did so, in his own words, because,

Many years ago I was strongly advised by a friend never to introduce anything about religion in my works if I wished to advance science in England, and this led me not to consider the mutual bearings of the two subjects. Had I foreseen how much more liberal the world would become, I should perhaps have acted differently.

As we can see from the final sentence, if Darwin had felt confident he would have attracted no reaction, he might not have been so cautious. When Karl Marx (1818-83) proposed to dedicate his Das Kapital to Darwin, Darwin firmly refused the honor on the grounds that it would hurt certain members of his family if he were associated with such an atheistic book.

However, we can still find Darwin’s attitude to spiritual concepts and beliefs in these words to his cousin: “I look upon all human feeling as traceable to some germ in the animals.”

Darwin also opposed religious instruction for children out of his belief that they should be freed from religious belief.

These anti-religious views have come down to present-day evolutionists as a kind of legacy. Just as Darwin did not want children to learn about God while they were being educated, modern evolutionists fiercely oppose teaching creationism in schools. They engage in active lobbying all over the world to have creation removed from the educational curriculum.

Darwin’s Atheism and Efforts to Conceal It

He makes the following reference to his own lack of belief, “disbelief crept over me at a very slow rate, but was at last complete…”

The same book describes how Darwin’s father took him aside when he was about to get married and recommended that he conceal his religious doubt from his wife. However, Emma was aware of his ever-decreasing faith right from the first. When his Descent of Man was published, she confessed to her daughter regarding the book’s anti-religious sentiments:

I shall dislike it very much as again putting God further off.

In a letter he wrote in 1876, Darwin stated how his belief became weaker:

… This conclusion (theism) was strong in my mind about the time, as far as I can remember when I wrote the “Origin of Species”; and it is since that time that it has very gradually, with many fluctuations, become weaker…

At the same time, he found it odd that anyone else should have religious beliefs, and stated that people, who he believed had evolved from primitive animals, could not trust those beliefs:

Can the mind of man, which has, as I fully believe, been developed from a mind as low as that possessed by the lowest animals, be trusted when it draws such grand conclusions?

The fundamental reason why Darwin denied God’s existence was pride. We can see this in the statements below:

In the sense that an omnipotent and omniscient Deity must order and know everything, this must be admitted; yet, in honest truth, I can hardly admit it.

In a short hand-written appendix to the story of his life, he wrote:

I feel no remorse from having committed any great sin.

Darwin’s statements denying God’s existence and religion actually follow a classical atheist logic. A Qur’anic verse describes how those who deny Allah actually realize that He exists but still deny Him out of arrogance:

“And they repudiated them wrongly and haughtily, in spite of their own certainty about them. See the final fate of the corrupters.” (An-Naml 27:14)

The most important point here is this: Darwin’s atheism had the greatest influence on shaping his theory. He twisted facts, observations, and proofs in order to maintain his prejudice that life was not created. When one reads The Origin of Species, one clearly sees how Darwin was at pains to reject all evidence for creation (e.g., the complex structures in living things, how the fossil record points to sudden emergence, and facts pointing to the limits of how far living things can differ from each other in nature), and the way he postponed those things he could not immediately explain by saying: “Perhaps this matter will be resolved one day in the future.” Had he been a neutral scientist, he would not have displayed such dogmatism. His own style and methods show that Darwin was an atheist who grounded his theory in atheism.

In fact, atheists have supported Darwin for the last 150 years and irreligious ideologies have backed Darwinism precisely because of his atheism. Thus, given the fact of Darwin’s atheism, Muslims must not make the mistake of thinking that he was religious, or at least not opposed to religion, and continue to support him, his theory, and those who think like him. If they do, they place themselves alongside the atheists.

Taken with slight editorial modifications from the book titled, “Why Darwinism Is Incompatible with the Qur’an” by the author, A. O.