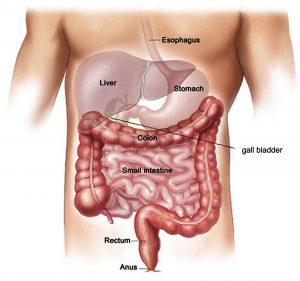 Breathing, eating, walking, etc., are very natural human functions. But most people do not think how these basic actions take place. For example, when you eat a fruit, you do not think how it will be made useful to your body. The only thing on your mind is eating a healthy meal; at the same time, your body is involved in extremely detailed processes unimaginable to you in order to make this meal a health-giving thing.

The digestive system where these detailed processes take place starts to function as soon as a piece of food is taken into the mouth. Being involved in the system right at the outset, the saliva wets the food and helps it to be ground by the teeth and slide down the oesophagus.

The rest of the digestive system is likewise planned. The useful food pieces broken down by the digestive system are absorbed by the small intestine walls and enter the bloodstream. The inner surface of the small intestine is covered with tiny tendrils called ‘villus’. On top of the cells over the villus are microscopic extensions called the microvillus. These extensions function as pumps to absorb the nutrition. This way the nutrition absorbed by these pumps is delivered all around the body by the circulatory system.

The point that deserves attention here is that evolution can by no means explain the system briefly summarised earlier. Evolution maintains that today’s complex organisms have evolved from primitive beings by the gradual accumulation of small structural changes. However, as stated clearly, the system in the stomach could in no way have been formed step by step. The absence of even one factor would bring about the death of the organism.

When food is received into the stomach, the gastric juices acquire the ability to break down food as a result of a series of chemical changes. Now, imagine a living being in the so-called evolutionary process in whose body such a planned chemical transformation is not possible. This living being, unable to acquire this ability, would not be able to digest the food it ate and would starve to death with an undigested mass of food in its stomach.

In addition, during the secretion of this dissolving acid, the stomach walls simultaneously have to produce the secretion called mucus. Otherwise, the acid in the stomach would destroy the stomach. Therefore, in order for life to continue, the stomach must secrete both fluids (acid and mucus) at the same time. This shows that not a step-by-step coincidental evolution but Creation with all its systems must, in effect, have been at work.

What all this shows is that the human body resembles a huge factory made up of many small machines that work together in perfect harmony. Just as all factories have a designer, an engineer and a planner, the human body has an Exalted Creator. This Creator is Allah, the All-Wise.