The Effects of Evolutionists Being in the Majority 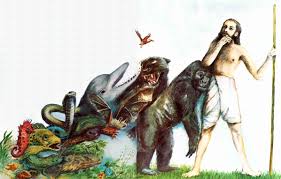 The Effects of Evolutionists Being in the Majority

The evolutionists’ most important ploy to gain widespread acceptance for Darwin’s theory is to assert that it is widely accepted within the scientific community. In short, they are claiming validity for their theory based upon the supposed majority of its adherents and the supposed correctness of the majority’s view in all cases.

By employing such logic, as well as their claim that evolution’s truth is further proven by its wide acceptance within the universities, they attempt to use psychological pressure on people, including believers in God, to accept it.

Arda Denkel, an evolutionist professor of philosophy at The Bosporus University, probably the most prestigious one in Turkey, even admitted the erroneous nature of this method:

Does the fact that many respected people or organizations or bodies believe in it prove the theory of evolution to be true? Could the theory be proved by a court verdict? Does the fact that respected and powerful people believe in something make it true? I would like to recall a historical fact. Did not Galileo stand up before all the respected people, lawyers, and particularly scientists of his time and speak the truth on his own, with no support from anyone? Did not the courts of the Inquisition reveal other, similar situations? Gaining the support of respected and influential circles neither creates the truth nor has anything to do with scientific fact.

As Denkel noted, wide acceptance of a theory does not prove its truth. In fact, the history of science is full of examples of theories that were first accepted by a minority and then only later came to be accepted as true by the majority.

Moreover, evolution is not accepted by the entire scientific community, as its proponents would have people believe. Over the last 20-30 years, the number of scientists rejecting it has risen enormously. Most of them abandon their dogmatic belief in Darwinism after seeing the flawless design in the universe and living things. They have published countless works demonstrating the theory’s invalidity.

Even more important, they are members of prominent universities all over the world, especially in the United States and Europe, and experts and career academics in biology, biochemistry, microbiology, anatomy, paleontology, and other scientific fields.3 Therefore it would be very wrong to say that the majority of the scientific community believes in evolution.

It would thus have no meaning, even if evolutionists are genuinely in the majority. No majority view is definitely right just because it is the majority view. Muslims who believe in evolution need to know that the Qur’an discusses this matter when relating the fate of the many historical communities who held a similar view and ended up denying Allah and His religion by allowing themselves to be led away from the true path. Allah warns believers against following such deceitful people, and informs humanity that going along with the majority can lead to terrible mistakes:

“If you obeyed most of those on Earth, they would guide you away from Allah’s Way. They follow nothing but conjecture. They are only guessing.” (Al-An`am 6:116)