The Eternalness of Matter 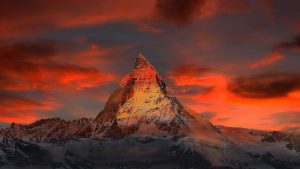 Whether God exists or not is not as such, part of the subject matter of any empirical science, natural or social.  But the facts or what are sometimes assumed to be the facts of the natural sciences, especially physics and biology, are often interpreted to support one view or the other.  This is not, therefore, a paper about physics, but about the relationship between physics and the question of the existence of God.  More specifically, it is mainly an Islamic rational critique of the ways modern atheists attempts to meet the challenge posed by the Big Bang theory.  It does not deal with positive proofs for the existence of the Creator; it only proves the invalidity of the arguments used to buttress atheism.

One of the main arguments invoked in support of some form or other of atheism has always been the claim that the world, or some part of it, is eternal and, as such, needs no creator.  Thus, some Greek thinkers believed that the heavenly bodies, especially the sun, were eternal.  The main argument of one of them, Galen, was, according to Al-Ghazali, that it has had the same size for continued for eons and eons, a fact which shows that it is not perishable, for if it were, it would have shown signs of decay, which it doesn’t.  Al-Ghazali says that this is not a good argument because:

First…we do not grant him that a thing cannot perish except by decaying; decaying is only one way of perishing, but it is not improbable for something to perish suddenly while it is in its complete form.  Second, even if we grant him that there is no perishing without decay, whence does he know that it does not suffer any decay?  His reference to observation posts is not acceptable, because their quantities [the quantities known by them] are known only approximately.  So if the sun, which is said to be a hundred and seventy times or more the size of the earth[1], were to diminish by amounts the size of mountains, that would not be apparent to the senses.  So it might be decaying and might have decreased by amounts the size of mountains or more, but the senses cannot perceive this …” (Al-Ghazali, 126)

Al-Ghazali’s guess that the size of the sun might be diminishing was, as we can now see, a rare prescience of what science would prove.  Scientists now tell us that the sun does indeed decay, but much more than he thought, and that it will ultimately perish.

The amount of energy released by the sun is such that the mass of the sun is decreasing at the rate of 4.3 billion kilograms per second.  Yet this is such a small fraction of the sun’s mass that the change is hardly noticeable…

If the heavenly bodies are not eternal, what is it then that is eternal, the substances from which those bodies are made?  But physicists have discovered that these are made of molecules.  Is it then the molecules that are eternal?  No, because these are made up of atoms.  What about the atoms?  It was once believed that they were indivisible, and were, as such, the immutable matter from which all kinds of transient forms of material things are made.  This seemed, at last, to be the solid foundation on which to erect modern atheism. 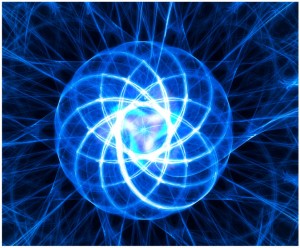 Science continued to advance, however, and contented in its advancement to embarrass the atheists.  It was soon discovered that atoms were not the immutable solid ultimate eternal constituents of matter that they were believed to be for a time.  Like everything else, they are also divisible; they are constituted of subatomic particles, which are in turn divisible in yet smaller constituents.  Is there an end to this divisibility?  No one knows; but even if there was, that would not be of any help to the atheists, for science has not only shown atoms and their constituents to be divisible, it has obliterated the division between matter and energy.  Thus, every piece of matter, however small, is not only theoretically but also practically changeable into energy, and vice versa.  The end result is that there is no longer any actual existent to which one can point and say with any assurance: this has always been like as it is now, and will continue forever to be. 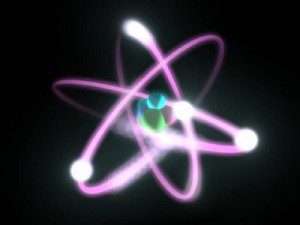 That discovery should by itself have sufficed to dash any hope of anchoring atheism on the eternity of matter.  If it did not, the Big Bang theory certainly did.  It was this theory which dealt the final death blow to the eternity of any part of the universe.  Why?

Cosmologists believe that the big bang represents not just the appearance of matter and energy in a preexisting void, but the creation of space and time too.  The universe was not created in space and time; space and time are part of the created universe. (Davies, 123)

The biggest misunderstanding about the big bang is that it began as a lump of matter somewhere in the void of space.  It was not just matter that was created during the big bang.  It was space and time that were created.  So in the sense, that time has a beginning, space also has a beginning.” (Boslouh, 46.)

In the beginning, there was nothing, neither time nor space, neither stars nor planets, neither rocks nor plants, neither animals nor human beings.  Everything came out of the void. (Fritzch, 3)

The question of the existence or non-existence of God is not, as we said, the concern of any empirical science.  But scientists are human beings.  They cannot help thinking about the non-scientific yet vital implications of their sciences.  They cannot even help having feelings towards those implications. 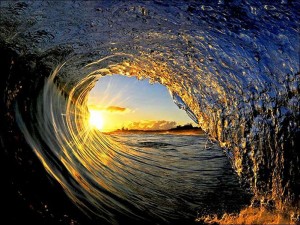 He was disturbed by the idea of a universe that blows up because it implied that the world had a beginning.  In a letter to De Sitter, Einstein wrote, “This circumstance of an expanding universe irritates me.” … This is curiously emotional language for a discussion of some mathematical formulas.  I suppose that the idea of a beginning in time annoyed Einstein because of its theological implications. (Jasrow, 29.)

Gastro quotes similar reactions by other scientists, like Eddington who says that “the notion of a beginning is repugnant” to him (122), and attributes this emotional reaction to the fact that they do not “bear the thought of a natural phenomenon which cannot be explained”[2] and comments on such reactions of scientists by saying that they provide:

… an interesting demonstration of the response of the scientific mind – supposedly a very objective mind – when evidence uncovered by science itself leads to conflict with the articles of faith in our profession.  It turns out that the scientist behaves the way the rest of us do when our beliefs are in conflict with the evidence.  We become irritated, we pretend the conflict does not exist, or we paper it over with meaningless phrases. (Jasrow, 15-16.)

[2] Gastro would have been more accurate if he said, “a phenomenon that cannot be naturally explained.”, since Divine creation is an explanation and the only one in such cases.