The Miracle of Creation 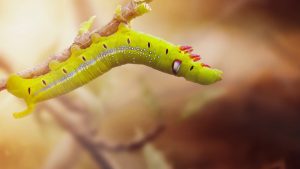 “Behold! In the creation of the heavens and the earth and the alternation of night and day, – there are indeed Signs for men of understanding” (Aal `Imran 3: 190)

The human creation is a being of limitations that God has endued with creative consciousness. This union of constraint and ranging imagination makes discovery an interesting part of our very essence. The instruments, techniques, and culture of curiosity we have devised to satisfy this exploration instinct have vastly expanded our awareness of the secrets of the physical world. Unseen structures of matter are continually discerned at previously impregnable levels; forces, energies, and dimensions that shape material existence are continually theorized, tested, and recast; human understanding of the invisible mechanisms and connections that bring the universe into seamless coherence are hypothesized, debunked, and postulated again – such that steadily, inevitably existence yields her enigmatic attributes to our mortal minds.

The scientific sensibility, for the most part, has evolved enough (at least for peer review purposes, if for no higher reason) to restrain researchers who would otherwise rush fecklessly to state the “last word” on the natural world. There are, however, scientists who have grown too wise to deny transcendent meaning and purpose in existence, and who have realized that to allege the opposite, based entirely upon lab or fieldwork, is to overreach the competence of empirical inquiry.

One of modern science’s most lauded breakthroughs in these early days of the new millennium, for example, has been the declared completion of the project to map out the human genetic code, or genome. This has enabled us for the first time to decipher in a rather comprehensive manner the relationship connecting sequences of vital molecules in our cells to our physical attributes and conditions. Interestingly, one of the project’s directors heralded this achievement with the words, “Today we celebrate the first glimpse of our instruction book, previously known only to God.”

If one listens past the seeming arrogance of these words for a moment, one hears a new tone that has slowly emerged among the scientists our time; namely, a humbling recognition that the mere proportion of what is unknown about creation far outstrips all human comprehension of it. However reluctant or incidental this concession may be, it pointedly underscores the need for religion (and philosophy within the realm of its competency) to recover the right to contemplate the findings of science and relate them to truths known to man only by way of revelation and informed reflection.

Indeed, human discovery of the natural world deepens the religious experience because it heightens our realization of the existence of system, complexity, harmony, order, and magnitude in creation on a scale that seriously dents (if not outright dismisses) the theories of an accidental universe. Natural inquiry, unfettered by anthropological agendas, has the capacity to inform and affirm the recognition of divine purpose in creation – recognition found in all human beings.

Such an optimistic, congruous, and innate view of existence is perhaps the antidote to a terrible sense of alienation and the myriad personal psychoses and social turmoil that have resulted from this disaffection. What truth or hope can possibly inhabit a view of ourselves as fleeting organic luck adrift in endless space? The God-given impulse to understand our surroundings serves to relocate our spiritual selves and earthly purpose in a colossal universe. This impulse to “know”, when guided by revelation, shall conduct us to the eventuality we so crave – coming near to our sole and resplendent Maker.

An excerpt from a new release, “Mary – The Chosen Woman“, from Quranic Literacy Institute.