A Conversation with an Atheist! (Part 2/2)

A Conversation with an Atheist! (Part 1/2) 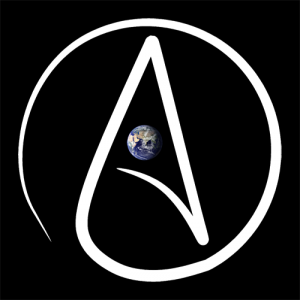 When people sever that which Allah ordered to be joined and help one another unto transgression instead of helping one another unto righteousness, how could they complain their Creator if they reaped what they have already sown?!

He (i.e., my atheist friend) angrily said: Were there a god as you say, would the world have all these atrocities and pains? Would one find idiots having fun and luxury while the smart ones having strict life conditions? Would one find healthy children die while disfigured and deformed persons live dissatisfied? Etc.

I said: I was right to think that your atheism can be traced back to more psychological and social problems than to logical or rational ones. History witnesses to the fact that through ages there were people who believed and/or disbelieved according to what may befall them be it hardship or ease.

“And among mankind is he who worshippeth Allah upon a narrow marge so that if good befalleth him he is content therewith, but if a trial befalleth him, he falleth away utterly. He loseth both the world and the Hereafter. That is the sheer loss.” (Al-Hajj 22:11)

He said: We are not selfish as you claim as we do not get satisfied or dissatisfied based on our liking only. It is just that we consider the conditions of human beings and then pass the judgment which you object to.

I said: Your problem is that you do not really realize the nature of life and the function of human beings therein that it is a temporary pathway to an everlasting resort. For a human being to succeed in passing this pathway to meet his end he must be afflicted with what may refine his soul and polish his nature. This affliction is of diverse types. When the believers succeed in overcoming all the obstacles on their way and they keep a good relationship with Allah that can be affected by neither good or evil they eventually return to Allah following this hard journey who addresses them as saying:

He said: Why is this affliction necessary?

I said: An individual may spend the night in acquiring knowledge, break into sweat to enjoy some rest, and go through great experiences and experiments in life in order to get a high position or the like; if this is the common law in this short life of ours on earth, it is then very logical and normal to be the right way towards anticipated immortality!

He mockingly said: Is this your philosophy in justifying the atrocities inflicting people and make them forbearing?!

I said: I will teach you in detail the truth about the evils you complain about. These evils are of two types. One type is related to Allah’s Destiny for this present life without which life cannot go on and man’s mission cannot be completed. Similarly, the late Mahmoud `Abbas Al-`Aqqad (a prominent Muslim scholar and writer) said:

There is some sort of integrity between all ingredients of existence… there is no meaning of courage without danger, nor of generosity without need, nor of perseverance without hardship, nor of virtue without a counterpart shortcoming or defect. Similarly, this is true with our sensational pleasures as it is true with our psychological virtues and mental needs. We do not find the pleasure of satiation without knowing the pain of hunger, nor we find quenching without suffering from thirst, nor do we appreciate a good view without realizing that it is our nature to be disturbed by an ugly looking view.

This interpretation of the nature of life can be joined with the belief that Allah the Almighty tests every individual with what fits his own nature, soul and environment most. There are great differences between an individual and another as all know. You may find someone who screams due to something that another deems insignificant and so on and so forth; it is a fact that God has other schemes. What is important is that the events in the private lives of people as well as the life in general are guided by a comprehensive frame of unquestionable divine justice. However, this justice, as described by Al-`Aqqad:

…cannot be realized through looking into one case only. It is mandatory to generalize and to be aware of many cases before comprehending the facets of justice of the divine will. A black spot in a beautiful painting may appear to be an ugly stain if the whole painting is hid and the spot is seen in isolation. However, this black spot may – if we look at the whole picture – be one of its aspects of beauty that cannot be overlooked or that may add to the beauty of the painting and without which the painting would look defected. Similarly, we may cry out in grief over an accident that may befall us, then we start laughing or rejoicing after realizing what we might have benefited from that very accident.

That is the right look towards the unwilled hardships people may be afflicted with in this present life.

As for the second type of evils that you may complain about my dear friend, this can be traced back to your own fault and the fault of similar straying people (from the right path).

He denounced as saying: Neither I nor the like of me has anything to do with the chaos prevailing the world! How dare you accuse us of this?!

I said: Verily, you are responsible for this. Allah designed a wonderful system for this universe that guarantees its happiness as He ordered the strong to help the weak, the rich to be good to the poor and He warned against following one’s whims and doing injustices and transgression and ordained that who observes all these will be rewarded in both this present life and the Hereafter…

“Whosoever doeth right, whether male or female, and is a believer, him verily We shall quicken with good life, and We shall pay them a recompense in proportion to the best of what they used to do.” (An-Nahl 16:97)

When people sever that which Allah ordered to be joined and help one another unto transgression instead of helping one another unto righteousness, how could they complain their Creator if they reaped what they have already sown?! Truly, most of the evils the world is witnessing stem from going astray from the right path as clarified by Allah the Almighty:

“Whatever of misfortune striketh you, it is what your right hands have earned. And He forgiveth much.” (Ash-Shura 42:30)

Abu Bakr Al-Siddiq (May Allah be pleased with him), the Second Caliph, dispatched an army to fight those who refrained from paying the due Zakah. By doing this, he acknowledged rights, fought against selfishness and carried out what is ordained by Islam as a religion. If it happened that someone succeeded him but did not follow his suit, critics should have blamed the successor and not fate that filled life with atrocities!

He said: What do you mean?

I said: The legislations set by Allah are sufficient to make life easy for everyone. However, instead of blaming those who disable them you dare to blame Allah the Creator and accuse His religion and Deeds!

It is ignoble that some people may curse heaven when the earth goes bad. Instead of doing what is incumbent upon one as to set right the chaos and correct what went wrong, one starts to unjustly babble with many words accusing Allah and religion! You, materialists, are sick and your consciences and minds need to be cured and remedied!

After this serious dialogue, I went back to myself as asking: Diseases are on the verge of turning into pandemic. Therefore, do we have those who can address wounds and treat ailments, or, the crisis with the Muslim callers will still be there?!

Sheikh Muhammad Al-Ghazali is the late Muslim scholar and philosopher.

* Translated and adapted from Arabic by Dr. Ali Al-Halawani.