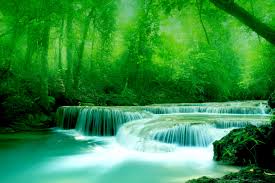 Mistake in analogy and incorrect comparison of other religions to the special position of the Churches in the Middle Ages induced certain scientists to start a campaign against all religions and to reject them formally.

Man has been familiar with religion for such a long time that it covers the entire recorded history of human life and goes back into the depths of pre-historic times.

The Qur’an has described religion as man’s innate nature and Allah’s established order. It says:

“Islam is in harmony with nature which Allah has designed for man.” (Ar-Rum 30:30)

Research carried out by sociologists and historians shows that places of worship, either in their simple or elaborate and complex form, have always had an influence on human life, and religion in its various shapes has been interwoven with its history.

Dr. Durant, after a comparatively detailed discussion of atheism of certain people writes that despite all that he has mentioned, these are exceptional cases, and the old notion that “religion” is a phenomenon that generally extends to all human beings, is true. The question of religion in the view of a philosopher is one of the basic questions of history and psychology.

He adds that, from time immemorial, religion has always gone hand in hand with human history. The idea of piety can never be removed from human heart. (History of Civilization, vol.1, pp. 88-89)

From a psychological point of view, this time honored relationship between man and religion proves that religious feeling is one of the basic human instincts natural elements of the human soul.

It is obvious, that at a time, when the level of human thinking was low and the sciences had not made any remarkable progress, this internal feeling was in an incredible way mixed with superstition, but gradually with the progress of sciences on the one hand, and persistent efforts and teachings of the prophets on the other, it was purified of adulterations and it regained its purity and originality.

Anti-Religious Waves during the Past Centuries

In these circumstances it looks a little surprising that during the past centuries, especially from 16th Century onward, a violent anti-religious wave has hit the Western countries and many of the liberal minded Europeans have dissociated themselves from the Church. Those who wanted to remain loyal to religion turned to some Eastern religions or to a sort of Gnosticism minus religion, while a large number of people were attracted by materialism and the like.

But an inquiry into the roots of this subject indicates that in the special circumstances prevailing Europe, this phenomenon was not unexpected.

Factors leading to anti-religious movements and tendency to materialism in Europe should be looked for in the perspective of the policy which the Church pursued with regard to the Renaissance and progress of natural sciences in various fields.

When the Church in the middle ages, especially during the 13th to 15th centuries started a campaign against science which continued even to the 16th and l7th centuries and attempted to crush scientific movements through Inquisition, issued a papal decree to condemn science dragged people like Galileo to persecution and forced them to deny the motion of the earth. It is obvious what the reaction of the scientists to such teachings could be.

They, being at the cross roads of sciences and religion (of course religion as it was understood at that time and in that environment), naturally went for science, the firm basis of which they had personally observed and tested.

Mistake in analogy and incorrect comparison of other religions to the special position of the Churches in the Middle Ages induced certain scientists to start a campaign against all religions and to reject them formally. They went to the extent of innovating a doctrine known as discord between religion and science’.

But the study of scientific movement in Islam, which started from the very first century and bore fruit in the second and third centuries of the Hegira era, shows that in Muslim society the case was quite different. This movement soon gave birth to the scientists like Hasan lbn Haitham, the well-known Muslim Physicist, Jabir lbn Hayyan, whom the Europeans call Father of Chemistry, and tens of others like them.

Their books exercised considerable influence over the Scientists like Roger Bacon, Johann Kepler and Leonardo da Vinci. It is interesting that all this scientific progress took place in the middle ages and coincided with the Church’s violent opposition to the Renaissance and the standard-bearers of the new scientific movement.

All historians in the East and the West, who have dealt with Islamic culture, are unanimously of the view that it gave rise to a wide-spread scientific movement whose influence over the Renaissance and the scientific movement of Europe was remarkable.

Thus the factors which induced the liberal-minded in the West to dissociate themselves from religion, did not exist in the case of Islam. On the contrary, there were factors which worked in the opposite direction.

In short Islamic movement had a special connection with World scientific movements, and for this very reason was the fountain-head of the vast development of sciences and knowledge.

However it cannot be denied that disputes and dissensions among a section of Muslim people which in intensity from the fifth century (Hijrah) onward, short-sightedness, non-realization of true teachings of Islam, apathy to progress and indifference to the spirit of the time, resulted in the backwardness of many Muslim countries.

Another factor which complicated the problem was that Islam in the real sense was not introduced to the younger generation. Thus the constructive role of Islam in various fields gradually diminished. Now the position is that many young men think that Islam has always been in this present dismal state.

Anyhow, it is certain that with the revival of Islamic teachings and their correct introduction, especially to the younger generation, it is still possible to revive the spirit of early Islamic movement.

Religion and Philosophical Schools of Thought

All forms of religion censure every kind of materialism, whether it be in its simple shape or in the garb of dialectic materialism, which forms the basis of Marxism and Communism, because materialism maintains that this, universe is merely a set of undesigned and aimless happenings.

Religion in censuring materialism, relies on a number of principles which are absolutely logical, because:

The interpretation of the order of the universe advanced by materialistic schools is unscientific, for science in the course of its research, talks of well calculated and precise systems, which cannot be interpreted by accidental and chance happenings.

Science acknowledges that the maker of this machine of the universe is the greatest physicist and chemist, most expert physician and the best anthropologist and cosmologist, because while performing his job, he visualized all scientific laws. Naturally he could not do so without having complete knowledge of them. It goes without saying that natural factors and natural developments can have no such knowledge at all.

Materialism has accepted the doctrine of compulsion as one of its basic principles. It holds that every human action and every movement is the result of a sequence of compulsory causes. On, this basis, according to the materialistic point of view, all the efforts of man are like the movements of the wheels of a machine. It is obvious that the acceptance of this view goes against the idea of every social, moral or human responsibility.

In contrast, religion accepts the principle of obligation and responsibility and thus lays the foundation of its teachings on the freedom of human will.

It cannot be contradicted that the acceptance of the principle of compulsion gives a hard blow to dynamism and the sense of duty and responsibility. It also directly contributes to the expansion of crimes and aggressions, because the offenders can plead that they are not responsible for the crimes committed by them, for they were forced by the compulsion of environment, time and the way they were brought up. But there is no possibility of such evil effects if the principle of free will is accepted.

With the acceptance of the domination of matter over all affairs of human life and the restriction of value only to the material values, the materialists have practically ousted moral values. They hold, that only material interests prevail over all social and international interests. The effect of this way of thinking is obvious for without adherence to such principles as philanthropy, tolerance, sacrifice, sincerity and love; no problems at world level can be solved. Belief in exclusive domination of matter obviously not compatible with these principles.

Some people think that religion restricts individual freedom and disallows the fulfillment of some desires, whereas, in fact, the aim of religious teaching is not at all to put an end to logical freedom. Its aim is only to stop wastage of human energies and assets and to prevent their flow into improper and worthless channels.

For example, if religion forbids the use of intoxicants, gambling and improper indulgence in sex, does so for the safety of the body and soul of the individual and for the maintenance of social order.

This moral control is in keeping with the real spirit of freedom, for freedom means only that man should be able to take full advantage of the assets of existence to help in the evolution of the individual and the society. It does not at all mean squandering God-given energies and indulging in immoderation and libertinism.

Religion supports every kind of freedom that carries man forward towards evolution in various fields. Only this is what freedom, in the real sense, means. Anything else is libertinism.

That is why religion allows man to use all good things in life, to wear any reasonable dress, to relish any good food and to take part in any healthy pastime. In short, it has allowed the use of all comforts and conveniences of life, and does not ask anyone to give up any such things. The Qur’an says:

“Say: Who has forbidden the beautiful things of Allah which He has produced for His servants and the pure food?” (Al-A`raf 7:32)

Moreover, our religion calls upon us never to forget the exigencies and requirements of time and to keep ourselves well-informed about the latest developments in medicine, technology and industry.

Imam Sadiq has said: “He who knows his time and its requirements, shall not be taken unaware by the dark events of life.”

Our religion tells us that out of the new ideas, customs and usages we should choose what is useful and worthy and should discard what is improper and wrong. We must not follow others blindly and must not adopt anything that is not compatible with human dignity and the spirit of independent thinking.

“Give glad tidings to my servants who listen to what is said and follow the best thereof. They are those whom Allah has guided and those who have good sense.” (Az-Zumar 39: 17-18)