Ibn Khaldun on supply and demand 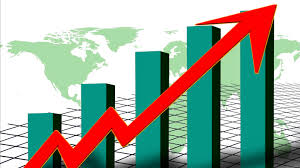 The protection and the enforcement of property rights had to be defended as a matter of justice for the survival of civilization.

Ibn Khaldun, again centuries ahead of his time, postulated that prices of goods and services are determined by supply and demand. When a good is scarce and in demand, its price is high. The merchant will buy the goods “where they are cheap” and plentiful and “selling them at a high price” where they are scarce and in demand. Naturally, when a good is plentiful, its price is low: “the inhabitants of a city have more food than they need. Consequently, the price of food is low, as a rule, except when misfortunes occur due to celestial conditions that may affect (the supply of) food.” Moreover, Ibn Khaldun demonstrated the concept of long-run cost of production in the Marshallian sense.

Ibn Khaldun defends a stable monetary policy. He is against the policies of the authorities to play with the value of currency. He fears that the authorities may be tempted to debauch with the value of money in order to build palaces and finance mercenary armies. This process will cause inflation and the population will lose confidence in the currency. These developments are considered to be unjust. As a supreme policy for the society, the protection of purchasing power of money has to be implemented as a matter of justice. To do that, he proposed an independent monetary agency under the authority of Chief Justice, a “God-fearing man” to prevent the rulers “fearlessly” from tampering with the value of money and debauching the currency.

Upon this idea of Ibn Khaldun, American Federal Reserve Board, Bank of England and West Germany’s Bundesbank have been following relatively independent monetary policies aiming to keep inflation down and provide a stable currency for their respective economies.

Ibn Khaldun was not only against state involvement in commercial and agricultural activities, he was also against government involvement in fixing the prices of goods and services. When the government employs force “by buying things up at a cheapest possible price”, the ruler “will be able to force the seller to lower his price” and “forces the merchants or farmers who deal in these particular products to buy from him.” The rulers “undertake to buy agricultural products and goods from their owners who come to them, at prices fixed by themselves as they see fit. Then, they resell these things to the subjects under their control, at the proper times, at prices fixed by themselves.” 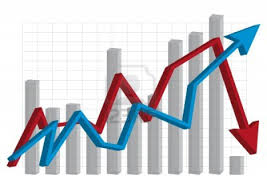 Those who, in general, take property by force, commit an injustice,” and “injustice ruins civilization.”

After the 1960s, some economists, especially in the United States have started to deal with property rights and its impact on economic development. Ibn Khaldun, on the other hand, centuries ago had dealt firmly with this issue. The protection and the enforcement of property rights had to be defended as a matter of justice for the survival of civilization.

Ibn Khaldun predicts the decline of economic activities when the property rights are not protected and enforced with the following statements:

“When attacks (on property) are extensive and general, extending to all means of making a livelihood, business inactivity, too, becomes (general), because the general extent of (such attacks upon property) means a general destruction of the incentive (to do business). If the attacks upon property are but light, the stoppage of gainful activity is correspondingly slight.”

In summary, Ibn Khaldun is one of the few successful theoreticians, who has analyzed the behavior of human beings and of society as an integrated whole in their totality as part of greater humanity in the rise and fall of civilization paralleled to the rise and fall of economic surplus, respectively. For him, the cycle of the civilization has reached its end with the destruction of superstructure. At the beginning, “the desire for a luxurious mode of life had inspired men to perform heroic deeds, fights, to overcome difficulties, and to build – Now-men fight again, but not for the hopes that they had once entertained. Motivated by the fear of hunger, they fight for mere existence, and like the primordial man who fought out of the same motive, they display the beast in man and return to the life of beasts.”