The Impact of the Islamic Civilization (2/2) 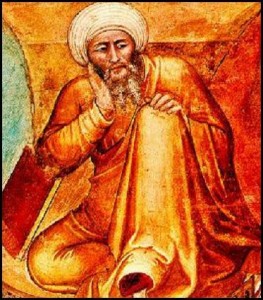 Editor’s Note: As mentioned in Part I of this article that the lasting legacy of the Islamic civilization can be summed up under five main headings; we have dealt with two of these main headings in the last article and we will tackle the rest here:

3. The Field of Language and Literature

Westerners, especially the poets of Spain, were greatly influenced by Arabic literature. The literature of chivalry, knighthood, metaphor, and marvelous imaginary tales entered western literature through Arabic literature in Andalusia in particular. The famous Spanish writer Abaniz said, “Europe knew nothing of chivalry and its literature before the Arabs came to Andalusia and their knights and heroes spread throughout the regions of the south.”

The extent to which western writers were influenced by Arabic and its literature is proven to us by what Dozy quoted in his book on Islam of the words of the Spanish writer Algharo, who deeply regretted the neglect of Latin and Greek and the acceptance of the language of the Muslims. He said, “The intelligent and eloquent people are bewitched by the sound of Arabic and they look down on Latin. They have started to write in the language of those who defeated them.”

A contemporary of his, who was more influenced by nationalistic feelings, expressed his bitterness when he said, “My Christian brothers admire the poetry and stories of the Arabs, and they study the books written by the philosophies and scholars of the Muslims. They do not do that in order to refute them, but rather to learn the eloquent Arabic style. Where today – apart from the clergy – and those who read the religious commentaries on the Old and New Testaments? Where are those who read the Gospels and the words of the Prophets? Alas, the new generation of intelligent Christians do not know any literature and language well apart from Arabic literature and the Arabic language. They avidly read the books of the Arabs and amass huge libraries of these books at great expense; they look upon these Arabic treasures with great pride, at the time when they refrain from reading Christian books on the basis that they are not worth paying attention to. How unfortunate it is that the Christians have forgotten their language, and nowadays you cannot find among them one in a thousand who could write a letter to a friend in his own language. But with regard to the language of the Arabs, how many there are who express themselves fluently in it with the most eloquent style, and they write poetry of the Arabs themselves in its eloquence and correct usage.”

Among the brilliant writers of Europe in the fourteenth century and thereafter, there can be no doubt whatever concerning the influence of Arabic literature on their stories and writings. In 1349 Boccaccio wrote stories called The Decameron which is a copy of The Arabian Nights, and from which Shakespeare took the idea for his play All’s Well that Ends Well, and the German playwright Lessing took the idea for his play Nathan the Wise.

Chaucer was the foremost English poet and the one who took the most from Boccaccio in his own lifetime. He had met him in Italy, after which he wrote his famous stories known as The Canterbury Tales.

With regard to Dante, many critics affirm that in The Divine Comedy, in which he describes his journey to the other world, he was influenced by Risālat al-Ghufrān by al-Ma’arri and Wasf al-Jannah by ibn al-‘Arabi. That was because he lived in Sicily at the time of the emperor Frederick II, who was fond of Islamic culture and of studying it from its Arabic sources. There were debates between him and Dante concerning the views of Aristotle, some of which were only known through Arabic sources. Dante also knew a considerable amount about the biography of the Prophet, of which he had read the story of Isra’ and Mi’rāj, and the description of heaven.

The development of the European story was influenced by the storytelling arts of the Arabs in the Middle Ages, which were the maqāmāt (a genre of Arabic rhythmic prose) and tales of chivalry and knightly adventure for the sake of glory and love. After the Arabian Nights was translated into European languages in the twelfth century, it had a great impact in this field. From that time until the present it has been published in more than three hundred editions in all the languages of Europe. A number of European critics think that Swifts’ Gulliver’s Travels and Defoe’s Robinson Crusoe and indebted to the Arabian Nights and the letter of Hayy ibn Yaqdhān to the Arab philosopher ibn Ṭufayl.

No one can doubt that this huge number of editions of the Arabian Nights is indicative of westerners’ love for this book and therefore of its influence on them.

There is no need for us to mention the Arabic words, having to do with various aspects of life, that have entered different European languages but which still are pronounced much as in Arabic, such as cotton, damask silk, musk, syrup, jar, lemon, zero, and countless others.

It is sufficient for us here to note the words of Professors Mikhael, “Europe is indebted, in its storytelling literature, to the Arab lands and to the Arab peoples living in the Syrian plateau. It is indebted, for the greater part or primarily, to those active forces which made the Middle Ages in Europe different in spirit and imagination.”

4. The Field of Legislation

The contact of European students with Islamic schools in Andalusia and elsewhere had a great impact in transmitting a number of legislative and juristic rulings into their languages. At that time Europe had no proper system and no just laws until, during Napoleon’s time in Egypt, the most famous books of Māliki fiqh were translated into French. Foremost among these books was Kitāb Khalīl (The Book of Khalīl), which formed the core of French civil law, which to a large extent was familiar to the rulings of Māliki fiqh. The scholar Sideo said, “The Māliki School is the one which attracts our attention, especially because of its connection to the Arabs of Africa. The French government delegated Dr. Beron to translate into French the book al-Mukhtaṣar fil-Fiqh by al-Khalīl ibn Isḥāq ibn Ya‘qūb (d. 1422 CE).”

5. The Concept of the State and the Relationship between the People and the Government

In the ancient and medieval worlds, the people’s right to supervise the actions of their rulers was denied, and the relationship between the people and their ruler was that of slave and master. The ruler was the absolute master who did whatever he wanted with the people, and the kingdom was regarded as the personal property of the king, to be inherited from him like the rest of his wealth. Because of that, they regarded it as permissible to wage war against another state to demand a princess’ right to the throne or because of a dispute concerning a son-in-law’s inheritance.

As for the relationship between warring countries, it was usually one of violating the sanctity of everything owned by the defeated party, his wealth, honor, freedom, and dignity. This is how things remained until the emergence of the Islamic civilization which proclaimed as one of its basic principles that the people had the right to supervise the activities of their rulers, and that these rulers were no more than hired workers who were expected to work hard in taking care of the people’s interests with honesty and integrity. Hence, for the first time in history, an individual from among the people was able to call his ruler to account for what he was wearing and ask where he had gotten it from, and no one ruled that he should be executed or imprisoned or banished from the land, rather the ruler came and explained himself until that man and the people were convinced. And for the first time in history, one of the people said to the supreme ruler: “Peace be upon you, O hired worker,” and the ruler acknowledged that he was the hired worker of the people and that he shared the hired worker’s duties of sincere service and fulfilling the trust. This was one of the things that the Islamic civilization proclaimed and implemented. It was like a breeze of freedom and awareness blowing among the people neighboring the Islamic civilization. They began to complain, then to stir, then they revolted and liberated themselves. This is what happened in Europe, for the westerners came to the land of Syria during the Crusades and they had previously seen in the lands of the Andalusian caliphate that the people kept a watchful eye on their rulers, and that the rulers were not under the supervision of anyone except their own people. The kings of Europe compared the Arab and Muslim kings who were not subject to the influence of any particular class but rather the whole people, with their own submission to the authority in Rome and the ever-present threat of ex-communication unless they showed obedience to the religious king of Rome (i.e., the Pope). After their return to their own countries, they rebelled against them until they freed themselves. After that, the French Revolution did not take matters any further than the freedoms that our civilization had proclaimed twelve centuries earlier.

Among the principles that our civilization followed in its wars were: respecting treaties, respecting freedom of belief, leaving places of worship to their people, guaranteeing the freedom and dignity of people. This generated a spirit of pride and dignity in the conquered people, and awoke in them a sense of their own worth.

For the first time in history, a father among the conquered people complained to the supreme ruler of the state that the son of the governor had hit his son twice with a whip on the head for no reason. The supreme ruler of the state became angry and called the governor to account. He passed judgment that the injured party be given the right to retaliate, and he rebuked the governor saying, “When did you enslave the people who were born free?” This was a new spirit which was awoken by our civilization among individuals and people. Before our rule and our civilization, a father who complained about his son being hit had been humiliated and beaten, his wealth confiscated, and he would have been persecuted for his beliefs, so he could not have revolted or expressed his pain, or felt any sense of pride and dignity, until the sun of our civilization rose on him, and then he could raise his voice and say to the ruler of the believers: “I seek refuge in Allah and in you from oppression.” The oppression of which he was complaining was not the shedding of blood or the violation of honor; it was not religious persecution or the confiscation of land; rather it was to blows of one small child against another.

The westerners made contact with our civilization in the Middle Ages in Syria and in Andalusia, before that they had never known a king revolting against a pope, or the uprising of a people against a king. They never thought that they had the right to call a ruler to account or to support one who was oppressed. When one of them differed with another concerning some matter of doctrine or sect, they would slaughter one another like a butcher slaughter sheep. But when they made contact with us, their renaissance and revolution began, then they freed themselves. After this, can anyone deny the effect of our civilization in freeing the world and saving the people?