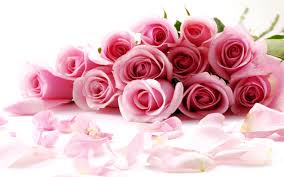 Umm Habibah, due to her knowledge, mastery over Hadith and eloquence was ranked third among the Mothers of the Believers.

When the Quraysh broke the Treaty of Hudaybiyah, Abu Sufyan came to Al-Madinah to renew the treaty. He visited his daughter; just as he was about to sit down Umm Habibah quickly stepped forward and rolled up the light mattress which was spread out. He was surprised and asked her if he was not worthy of the mattress, or the mattress was not worthy of him. She replied that actually it was a mattress used by a very pure and clean Prophet, and no idol worshipper could sit on it, as he was unclean. She had therefore rolled it up and put it out of his way. Abu Sufyan was very embarrassed and said she had forgotten her manners since moving away from him. She answered that the manners of Islam had taught her different values and cleanliness had a different meaning for her now. Since he was not familiar with these concepts he was offended. She said I was thankful that Allah guided me to the path of Islam. I was surprised that my father, in spite of being an important chieftain of one of the leading tribes of the Quraysh, had not yet accepted Islam. He was in a lofty position by worldly standards, but as far as the norms of a rational religion were concerned, he was really backward. How could he possibly worship a piece of stone that was both blind and deaf, could neither respond to his prayers nor reject them. Abu Sufyan was not happy with what his daughter told him. He asked her how he could possibly, at this stage, turn his back on a religion his forefathers had followed from generations and left his daughter’s house.

It was the earnest desire of Umm Habibah that her father and brother should come into the fold of Islam and earn the reward of a blessed Paradise. She did not want them to pass away from this world in a state of disbelief like Abu Jahl, Walid bin Al-Mughirah, ‘Aas bin Wa’il, ‘Utbah bin Rabi’ah and Shaybah bin Rabi’ah. On the occasion of the conquest of Makkah, when Abu Sufyan and Mu’awiyah pledged allegiance to Allah and His Prophet (peace and blessings be upon him), her joy knew no bounds. The following Ayah was revealed,

“Perhaps Allah will made friendship between you and those whom you hold as enemies. And Allah has power (over all things), and Allah is Oft-Forgiving, Most Merciful.” (Al-Mumtahanah 60:7)

The Prophet (peace and blessings be upon him) then told him that he sincerely wished that they three should sit together and have the pure drink of Paradise there.

These words imply that they will all three, Allah Willing, be in Paradise. In a similar manner the glad tidings of Paradise for Umm Habibah are implied in a very famous statement of the Prophet (peace and blessings be upon him) that he has been commanded by Allah to marry only ladies who were deserving of Paradise.

So this means that in this very earthly existence all the Mothers of the Believers had been given the joyous news that they would go to Paradise in the Hereafter.

The name of Najashi, the ruler of Abyssinian, was actually Ashamah, meaning ‘gift’. Since he was a very generous man who was always giving gifts to the distressed and needy. His name was very appropriate. He was a very kind and sympathetic ruler. He became a Muslim after he saw the Islamic way of life of the refugees from Makkah. The Angel Jibril informed the Prophet (peace and blessings be upon him) when he passed away due to natural causes. The Prophet (peace and blessings be upon him) prayed to Allah for the forgiveness of his sins. All the refugees – the Companions and women Companions – who found peace and freedom of religious worship in his kingdom, were very grieved when they received the news of his death. All of them remembered his sympathy, his kindness, his cooperation and the protection he provided them in difficult times. They prayed that his sins be forgiven and he be given a place in Paradise.

Umm Habibah, due to her knowledge, mastery over Hadith and eloquence was ranked third among the Mothers of the Believers. The first in rank was ‘A’ishah and the second was Umm Salamah There are sixty-five Hadiths narrated by her. Some of them are quoted by men like Mu’awiyah, ‘Abdullah bin ‘Utbah bin Abu Sufyan, ‘Urwah bin Zubayr, Salem bin Shawal bin Maki, Abu Al-Jarrah Qurashi. The ladies – Zaynab bint Umm Salamah Makhzumiyyah and Safiyyah bint Shaybah ‘Abdariah quoted others.

In Sahih Al-Bukhari it is mentioned that three days after receiving news of her father’s death Umm Habibah applied perfume. She then said there was no need for her to apply perfume that day, but the Prophet (peace and blessings be upon him) had said,

‘It is not permissible for a Muslim lady who believes in Allah and the Last day of Judgment to mourn for more than three days for a dead person, except for her husband. Then she should observe mourning for four months and ten days.‘

There is another Hadith associated with Umm Habibah quoted by Abul Jarrah Qurashi in Musnad Abu Ya’la regarding Siwak. She says, the Prophet (peace and blessings be upon him) said,

Another Hadith she narrated is quoted in Musnad Abu Ya’la, Musnad Abu Ahmad and by several other authoritative sources of Hadiths like Abu Dawud, An-Nasa’i, At-Tirmidhi and Ibn Majah. This relates to the noon prayer. The Prophet (peace and blessings be upon him) said,

‘Whoever prays four voluntary Rak’ah (units) of prayer before and after the compulsory noon prayer Allah will make Hell-fire forbidden for him.‘

When someone conveyed the message that ‘Uthman bin ‘Affan was martyred in his house after being besieged, she was so upset that she prayed the killer’s hands should be cut off and that he should be disgraced and shamed in public. And Allah fulfilled her prayer. A man entered the murderer’s house and attacked him with a sword; and when the murderer tried to protect himself with his right hand, it got Cut off. Then he tried to flee from him and ran into the street, holding his sheet with his teeth. But he could not manage it, the sheet fell, and he was left standing naked in front of all the people on the street.

During her brother Mu’awiyah rule she visited Damascus, and it was during his caliphate that she passed away in Al-Madinah in the year 44th, after Hijrah. Before her death Umm Habibah sent messages to ‘A’ishah and Umm Salamah apologizing for any offense she might have caused them when disagreements or differences had occurred. Both ‘A’ishah and Umm Salamah were very touched by this gesture.

“O the one in (complete) rest and satisfaction! Come back to your Lord – well pleased and well pleasing. Enter you then among My (honored) servants, and enter you My Paradise.” [Al-Fajr 89:27-30]