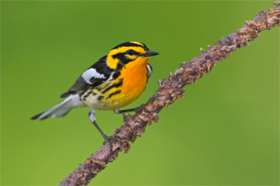 According to the theory of evolution, every living species has sprung from a predecessor.  A previously-existing species turned into ‘something else’ with time and all species have come into being in this way.  According to the theory, this transformation proceeds gradually over millions of years.  If this was the case, then numerous intermediary species should have existed and lived within this long transformation period.

For instance, some half-fish/half-reptiles should have lived in the past, which had acquired some reptilian traits in addition to the fish traits they already had.  Or there should have existed some reptile-birds, which acquired some bird traits in addition to the reptilian traits they are believed to have had in the past, as “transitional forms.”

If such animals had really existed, there should be millions and even billions of them in number and variety.  More importantly, the remains of these strange creatures should be present in fossil records.  The number of these transitional forms should have been even greater than the present animal species and their remains should be found all over the world.  In The Origin of Species, Darwin explained:

“If my theory be true, numberless intermediate varieties, linking most closely all of the species of the same group together must assuredly have existed. Consequently, evidence of their former existence could be found only amongst fossil remains.”

Even Darwin himself was aware of the absence of such transitional forms.  It was his hope that they would be found in the future.  Despite his hopefulness, he realized that the biggest stumbling-block in his theory was the missing transitional forms.  Therefore in his book The Origin of Species he wrote the following in the chapter “Difficulties of the Theory”:

“ …Why, if species have descended from other species by fine gradations, do we everywhere see innumerable transitional forms? Why is not all nature in confusion, instead of the species being, as we see them, well defined?… But, as by this theory, innumerable transitional form must have existed, why do we not find them embedded in countless numbers in the crust to the earth?… But in the intermediate region, having intermediate conditions of life, why do we not now find closely-linking intermediate varieties? This difficulty for a long time quite confounded me.” 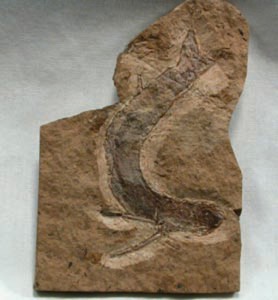 The single explanation Darwin could come up with to counter this objection was the argument that the fossil record uncovered so far was inadequate.  He asserted that when the fossil record had been studied in detail, the missing links would be found.

Believing in Darwin’s prophecy, evolutionists have been searching for fossils and digging for missing links since the middle of the 19th century CE, all over the world.  Despite their best efforts, no transitional forms have yet been uncovered.  All the fossils unearthed in excavations showed that contrary to the beliefs of evolutionists, life appeared on earth all of a sudden and fully-formed.  In their enthusiastic efforts to prove their theory, evolutionists have instead unwittingly caused it to collapse.

A famous British paleontologist, Derek V.  Ager, admits this fact even though he is an evolutionist:

“The point emerges that if we examine the fossil record in detail, whether at the level of orders or of species, we find – over and over again – not gradual evolution, but the sudden explosion of one group at the expense of another.”

“A major problem in providing the theory has been the fossil record; the imprints of vanished species preserved in the Earth’s geological formations.  This record has never revealed traces of Darwin’s hypothetical intermediate variants – instead, species appear and disappear abruptly, and this anomaly has fueled the creationist argument that each species was created by God.” 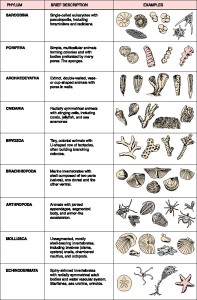 They have also had to deal with the futility of waiting for “missing” transitional forms to appear in the future, as explained by a professor of paleontology from Glasgow University, T.  Neville George:

“There is no need to apologize any longer for the poverty of the fossil record.  In some ways, it has become almost unmanageably rich and discovery is outpacing integration…The fossil record nevertheless continues to be composed mainly of gaps.”

Life emerged on earth suddenly and in complex forms

When terrestrial strata and fossil records are examined, it is seen that all living organisms appeared simultaneously.  The oldest stratum of the earth in which fossils of living creatures have been found is that of the Cambrian, which has an estimated age of 500-550 million years.

Living creatures found in the strata belonging to the Cambrian period emerged all of a sudden in the fossil record —  there are no pre-existing ancestors.  The fossils found in the Cambrian rocks belonged to snails, trilobites, sponges, earthworms, jellyfish, sea hedgehogs and other complex invertebrates.  This wide mosaic of living organisms made up of such a great number of complex creatures emerged so suddenly, that this miraculous event is referred to as the “Cambrian Explosion” in geological literature.

Most of the life forms found in these strata have complex systems like eyes, gills, circulatory system and advanced physiological structures no different from their modern counterparts.  For instance, the double-lensed, combined eye structure of trilobites is a wonder of design.  David Raup, a professor of geology at Harvard, Rochester and Chicago Universities says: “The trilobites used an optimal design which would require a well trained and imaginative optical engineer to develop today”. 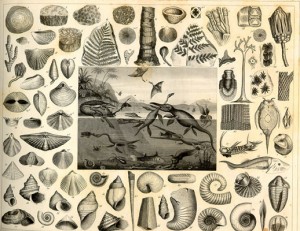 These complex invertebrates emerged suddenly and completely without having any link or any transitional form between them and the unicellular organisms, which were the only life forms on earth prior to them.

Richard Monastersky, the editor of Earth Sciences, one of the popular publications of evolutionist literature, states the following about the “Cambrian Explosion” which came as a total surprise to evolutionists:

“A half-billion years ago, the remarkably complex forms of animals we see today suddenly appeared.  This moment, right at the start of Earth’s Cambrian Period, some 550 million years ago, marks the evolutionary explosion that filled the seas with the world’s first complex creatures.  The large animal phyla of today were present already in the early Cambrian and they were as distinct from each other as they are today.”

How did the earth come to overflow with such a great number of animal species all of a sudden? How could these distinct types of species with no common ancestors emerge? These are questions that remain unanswered by evolutionists.  The Oxford zoologist Richard Dawkins, one of the foremost advocates of evolutionist thought in the world, comments on this reality that invalidates the very roots of all the arguments he has been defending:

“For example, the Cambrian strata of rocks, vintage about 600 million years, are the oldest ones in which we find most of the major invertebrate groups.  And we find many of them already in an advanced state of evolution, the very first time they appear.  It is as though they were just planted there, without any evolutionary history.  Needless to say, this appearance of sudden planting has delighted creationists.” 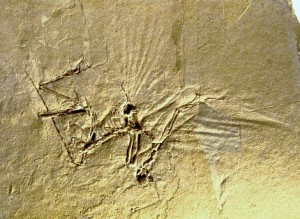 As Dawkins is forced to acknowledge, the Cambrian Explosion is strong evidence for creation, because creation is the only way to explain the fully-formed emergence of life on earth.  Douglas Futuyma, a prominent evolutionist biologist admits this fact and states: “Organisms either appeared on the earth fully developed or they did not.  If they did not, they must have developed from pre-existing species by some process of modification.  If they did appear in a fully developed state, they must indeed have been created by some omnipotent intelligence.”

Darwin himself recognized the possibility of this when he wrote: “If numerous species, belonging to the same genera of families, have really started into life all at once, the fact would be fatal to the theory of descent with slow modification.” 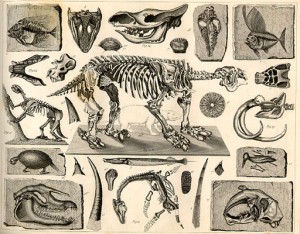 The Cambrian Period is nothing more or less than Darwin’s “fatal stroke”.  This is why the Swiss evolutionist and paleoanthropologist Stefan Bengston confesses to the lack of transitional links while he describes the Cambrian Period and says: “Baffling (and embarrassing) to Darwin, this event still dazzles us.’’

As may be seen, the fossil record indicates that living things did not evolve from primitive to advanced forms, but instead emerged all of a sudden and in a perfect state.  In short, living beings did not come into existence by evolution, they were created.