They Embraced Islam: How and Why? (Special Folder) 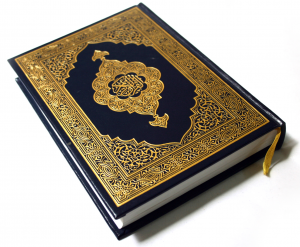 “Had your Lord so willed, all those who are on the earth would have believed. Will you, then, force people into believing?” (Yunus 10: 99)

This means that had it been Allah’s will that only those who believe in Him and obey Him should inhabit the earth, He would have caused only the faithful and obedient ones to be born. In addition, it would not be hard for Him to direct everyone to faith and obedience and never let anyone to be something else, i.e. unbeliever or disobedient. However, it was Allah’s will to grant man the free-will and see how he uses this free-will and then, be judged for his own choice.

Most importantly, the last part of the verse does not mean that the Prophet (Peace and blessings be upon him) sought to compel people into belief in Allah while Allah had prevented him from doing so. However, the case is just like what Maududi says in Tafhim al-Qur’an that reads,

The technique employed in the above verse is the same as employed at many places in the Qur’an, viz. that although at times certain things are addressed apparently to the Prophet (peace be on him), they are meant, in fact, for the instruction of others. What is being said here is that the Prophet (peace be on him) had been assigned the task of making the right way abundantly clear to people with the help of convincing arguments. Thus the Prophet (peace be on him) had fulfilled the task assigned to him. Now, if they have no intent to follow the right way, and they feel sure that unless they are overpoweringly compelled to they should know well that it is no part of a Prophet’s task. Had God desired that people be made to have faith compulsively, He could have done so without raising any Prophet.

Here, let us see a number of interesting reversion stories by those who found the right path; to see why did they revert to Islam, how they came to know about this faith and the obstacles that might have faced them in their pursuit of the Truth.

How Musa Caplan Became a Muslim
God, Guide Me If You Are There